Not only during Christmas

You hear a lot of complaining about how people drive all around the world and here in Malta its quite a normality to hear such complaints, but surely I guess one of the reasons is that a lot of drivers just dont care or do not want to care.

One big issue has always been indicators. All you need to do is get a comfortable chair, sit in the shade near a round about and start counting. You will be better off counting the ones that actually use their indicators then actually those who do not as surely they will be fewer!

I guess Transport Malta should use some of their marketing budget to educate drivers in Malta, maybe in a funny way like proposed below and hope (or pray) that it will make an effect and indicators start being used as they are supposed to be used rather than an additional decor to the car or to light up for Christmas! 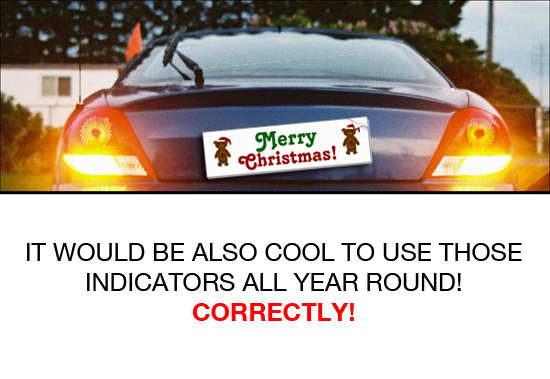 The last time I was in Dubai I wasn't impressed at all. It's quite an 'artificial' city full of state of the art buildings which overshadow any remnants of history of it's fishing village past. But I was in the wrong as the way to view Dubai is as a new, state of the art city with luxury and lavishness!

Actually I had the opportunity to view the fountains at the Dubai Mall and I must say they simply rival the fountain show of the Bellagio in Las Vegas!! It was a great show and was impressed by the amount of people waiting every 30 min for the shows to commence!

Here is a clip from this show filmed last March... hope you like

Religion - why so much hassle?

I always had trouble with religion. I do understand that, the human race being so frail and fragile compared to all other animal species in the world, needed something to identify with, to believe in and why not, to blame or praise for the good things and bad things that happen. That's how religion was born.

Also I must say, the first 'religious' persons to come around must have been quite entrepreneurial as they created a job for themselves, gaining thrust and being revered as the 'servants' of the gods and gaining power and high rankings in any society embracing any type of religion.

I was born in Malta, a Roman Catholic country. When I was young religion was quite imposed on us kids, be it at home or in school. Religion was a daily chore and everyday I had to go to morning mass as an altar boy and in the eve after school have my religion lessons to prepare me for my communion and later my confirmation. To add insult to injury after dinner my parents used to make me sit to recite the rosary with them - which apart from being a bore of repeating the same prayer for 50 times and answering to each other in a weird way, I ever could grasp the concept why praying shouldn't be easier!?

Growing up and meeting other cultures I started seeing similarities in the religions and their messages. Nearly all speak of one god, even Hindus, which even though they have a multitude of deities and gods, the trilogy of gods at the top because one, or so it was explained to me some years back in India. So I wonder, why is it so complicated to communicate with god? If god as all religions say is benevolent and loving and a father or mother figure, why do we need complex prayer structures, ceremonies and the lot to get through to him?

I guess the answer is simple - religions around the world have made a name - created a brand for themselves and as any other commercial company their aim is to grow and prosper. They keep you within their grasp, explaining that without them you cannot reach god or you will be in sin or will loose eternal life after death if you abandon the church (whichever that is).

Yes it's all a business model and it's proven wrong by the very pure people that dedicate their lives to god - hermits living in total poverty, away from the crowds and fortunes and fame, monks in remote monasteries etc. These people dont have churches or gold or huge buildings adorned with marble etc yet they have a contact with god, a contact through the greatest church of all - nature.

Two days ago the pope of the Roman Catholic Church announced his resignation. There was a media frenzy, people even started to fear that it might be a sign of something bad! But one thing that people fail to realise is that the pope is a man like us - he is human, Fresh and blood. He even poos and pees and yes he can resign too if he desires. So what's the big deal?? I only wish that the pope had the guts to resign and retire in a humble monastery somewhere in the hills not inside the walls of the Vatican, with all it's riches and comforts, which even Jesus himself denounced.

Religions are so caught up in tending to their brand they don't realise they are veering off from their original teachings and whilst preaching humble lives, love and understanding, they are the first to accuse and prosecute, to threaten and point fingers.

I do have my beliefs, but surely not in a man made church, as I do not need anyone to tell me how I should 'pray' or how to find god as he is there always and I don't need the church or even utter a world for him to know!

The sad truth about Maltese Sea!

Today I watched this ten minute feature film which unfortunately portrays the sad truth about our seas around the Maltese islands.

I always loved the sea, it has always been one of the few hobbies I ever had, to swim, free dive and scuba dive. Yes I also do remember the times when the Maltese waters were packed with fish, all kinds of fish and this is not very long ago.

Overfishing might well be the culprit here, but I guess that pollution and stupidity has also a part to play!

Watch this video and hope it makes you realise that we might loose the sea if we are not careful! 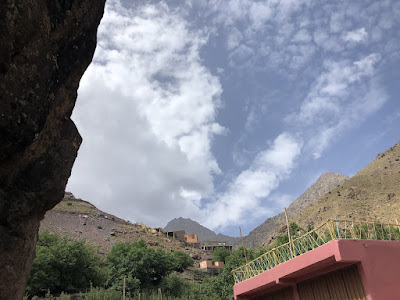