Traveling alone has its benefits - you get to do things faster: checking in, getting through security, getting a drink and chilling smoking a cigarette and even if you are too early (which usually I am) no one is there to ask you why and you can simply read, answer mails or write a blog like I am doing now.

On the other hand, it has its learning curve and can also get boring sometimes. I love my me time, but it’s also great to have company and the ability to chat and share with like minded people.

Today I am in Marrakech and this is my first time in Morocco. I landed in Casablanca and for comfort sake I had pre booked a taxi to take me for the near 3 hour drive. I met Kamal just out of the terminal and was amazed by his great command of English, which he proudly (and don’t blame him) announced is self thought! It was a long drive but actually very pleasant with ongoing conversations about tourism, politics, culture and even touched on the sensitive subject of women drivers!!

Around 11pm (since we even stopped for a coffee) Kamal left me in the hands of Abdullah who came to greet me and escort me to the Riad. Here I just had a couple of relaxed minutes on the outside terrace and then headed to bed.

In the morning - 5am - I was woken by the soft but intense chant. Someone was praying. Whatever I don’t mind and I tried to sleep again, but after an hour I was up again ready to start the day. Breakfast, shower and out (a bit later as these guys seem to take it easy in the morning).


I headed towards the infamous Jema el-fnaa, the market square of Marrakech. Yes I was early and kind of surprised the shop keepers when they were still cleaning the outside perimeter of their shops. Still the expected, “hello sir, come see my shop” was inevitable, but a simple “shukran” and a smile went a long way with these guys.

I had no plan. I just felt like walking around the tiny winding roads of the Médina and be happy of not getting lost, or extremely lost (mind you if you feel lost, follow the largest fast flow of people going towards one direction- that’s usually towards the main square again.


After sometime, I decided to try what seems to be the national pastime- “people watching”. Now I never understood how people managed to sit for hours in cafes in Sliema, simply watching the day go by, but here I decided to try. So spotted a cafe, targeted a table with a good view of the square and ordered some mint tea. Now here mint tea, means mint tea, that is a glass with tea and a tree of mint stuck in! I am not complaining, although hot, its amazingly refreshing and very much needed when temperature is going over the 30’s.

Well my “people watching” attempt lasted for about an hour and a half (include another cup of ultra strong coffee). So I headed out again towards the Souk to see what oddities I might spot.

Well after lunchtime, decided to stop for a snack and settled for a simple meatball and peas in tomato sauce dish served with some amazing local fresh bread.


Lunch done, I opted for a break in the airconditioned comfort of my Riad, also bearing in mind the next day I had the start of the Toubkal climb - which will be about 5hrs, so resting was also on my agenda. 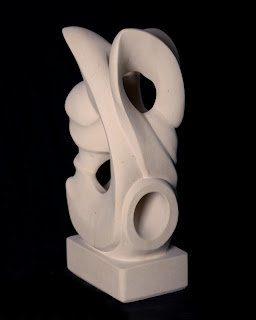 Finally managed to find the time to finish my dad's website - a gallery of his Limestone sculpture works. The link is www.maltalimestone.com - let me know what you think :) 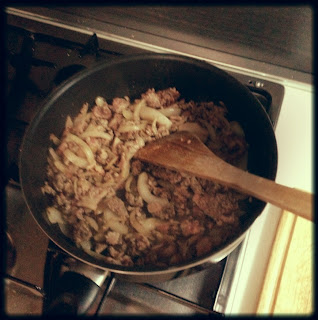 Although the feeling at the moment is predominantly based on India and I have been cooking some Indian Dishes like Chicken Korma and Onion Bhaji lately (kind of to get me back into the Indian way of food), today we decided to do some simple, but always delicious Spaghetti Bolognese!

There are a hundred and one ways how to do your spaghetti bolognese, but this is the way we do it and the way we like it ...... home made style :)

• Get yourself some good quality Spaghetti, Italian brands for me are the preferred!
• Add water in a pot, add salt and a drop of olive oil and get the bugger to a boil.

• Until the water is getting to a boil chop some onions & garlic and prepare your minced beef (please make sure its not frozen like a brick else it get clumpy!).

• Put some olive oil in a pan and push up the heat! When this is ready sizzle those onions and garlic and you may add two chillies for some added punch! When the onions are starting to brown (not burn!) add the minced beef and get …

Corona Virus : A change to our Life & our World

I must admit that I have always been interested in medical emergencies and outbreaks. This 'love' started way back in the 90's, when I was still a student in medical lab technology and it was mainly kick started after reading The Hot Zone, which is a non-fiction, true story on Ebola (a must read in my opinion!).

This sparked my interest since working and studying at the lab, we were faced with pathogens every day and taking steps and precautions to avoid issue was the norm and was the protocol we had to follow. But when reading how easy such outbreaks can occur and mainly realizing how much, us human beings, facilitated these outbreaks by providing the perfect conditions for a pathogen to grow, multiply and worse of all mutate was incredible.

Through the years we have seen loads of movies which deal with the 'Pandemic' theme and we always have the hero or the heroine, who manages to get the vaccine in the nick of time. But what if it becomes reality?